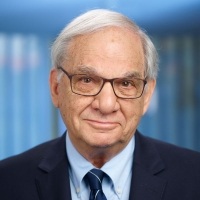 Professor Charles Doskow has been teaching at the College of Law since 1979, and served as dean from 1980 to 1985. He currently teaches Constitutional Law and Professional Responsibility. He has recently conducted a seminar on Antiterrorism Law, and in the past has taught Administrative Law, California Real Estate Practice, Civil Procedure, Property, and Conflict of Laws. He has twice offered a college level Constitutional Law course at La Verne Campus for undergraduates.

In 2007 Professor Doskow served as a consultant to the American Bar Association’s Rule of Law Initiative in the Kingdom of Jordan, working with law schools, where he played a key role in organizing the nation’s first interscholastic law school moot court competition. His activities there also included speaking to law school faculties on a variety of subjects, and, on one occasion addressing a group of judges on techniques for negotiating settlements.

Among other law school activities, Professor Doskow has coached moot court teams for several years, including three years at the prestigious Wechsler Constitutional Law competition at the American University Washington College of Law in the District of Columbia.

In teaching Constitutional Law over the past fifteen years, Professor Doskow has emphasized both the historic and contemporary aspect of Supreme Court decisions. He believes that it is important that students understand our constitutional heritage, and equally important that they respect the influence of the Constitution and the values it imports on their daily lives.

Teaching Constitutional Law as a college level course to undergraduates at La Verne College, which he will do for the third time during the spring of 2014 has helped to give Professor Doskow a series of new insights about the constitution and its place in students’ consciousness. At the pre-law school level the emphasis is more political, most of the students being government majors. While they do not have the discipline that law school imposes, they have an approach that is free from the limits that the same doctrines require. As a teacher, he has learned from his students that the Constitution is a multi-faceted study requiring constant consideration of both values and principles.

Teaching on the “main campus” of the University has facilitated Professor Doskow’s interest participating in the many events a University has to offer, and allowed greater interaction with the undergraduate history and political science faculty.

Professor Doskow’s scholarly interests have dealt with both Constitutional and other subjects. He has written several law review articles, a number of book reviews, has been a frequent contributor to the editorial pages of the Los Angeles Daily Journal, and has appeared as a commentator on constitutional issues on KPCC public radio and Time Warner Cable Local Edition. He has given MCLE presentations on professional responsibility at numerous bar association functions.

He has published two law review articles in the area of Professional Responsibility, a course that he has taught over a thirty-year period. The first article dealt with the confidentiality responsibilities of a government lawyer, the second (forthcoming as of October 2013) concerns the important issue of nonlawyers’ ownership of law firms, a practice now prohibited by the ABA but permitted in Australia and Great Britain. He spoke by invitation at a symposium in Mississippi on the subject in March 2013.

Two of his other articles have addressed Constitutional issues arising from punitive damage awards, and another dealt with the ability of a libel plaintiff to learn the identity of an asserted libel defendant known only by a web name. He had co-authored two articles with faculty colleagues. The first, with Professor Diane Klein considered housing advertising and antidiscrimination law. Professor Kevin Marshall and Professor Doskow cooperated on an article which analyzed the law and economics of corporate defense of its employees in situations in which the government was targeting the corporation.

He has written over fifty editorial page articles (OpEds) for the Los Angeles Daily Journal, a legal newspaper, on constitutional subjects of contemporary interest. Most recently he has addressed separation of church and state issues. He is presently working on an article analyzing court opinions in which the Roberts Court decided separation cases.

Professor Doskow spent over 20 years in private practice, specializing in business law, real estate, construction and land use, civil litigation, and dispute resolution. He also served in the private sector for over 15 years as senior counsel with Dart Industries, Inc. His personal interests include politics, the arts, baseball, and University of Wisconsin football.

For approximately eight years, from the mid-eighties through the early nineties, I spent two evenings a month giving advice at legal clinics sponsored by the local bar association. In several of those years I was recognized among the attorneys who had the most hours of participation; one year I received an award as having the second most hours of attendance and advice.

For ten (or more) years I acted as attorney for the Rancho Cucamonga VIP Club, the city-sponsored senior citizens activity club, without charge. The City of Rancho Cucamonga initially referred the group to me to be incorporated.

Memberships, Past and Current