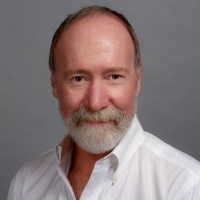 H. Randall Rubin joined the full-time faculty of the College of Law in 1990. In 1996, he was granted tenure and promoted to the rank of full Professor of Law in 2001. Dean Rubin served as Associate Dean for Academic Affairs from 1996 to 2002 and from 2003 to 2007. Dean Rubin once again assumed the position of Associate Dean for Academic Affairs in June of 2013. Dean Rubin also served as Interim Dean of the College of Law in both the 2002-2003 academic year and the 2007-2008 academic year.

Dean Rubin’s teaching specialty is in the area of Business Organizations which includes Agency/Partnership; LPs, LLPs, LLCs and Corporations; and Securities Regulation. Dean Rubin has taught Sales (UCC Article 2) since 1989. Dean Rubin has been the recipient of the College of Law Professor of the Year/Distinguished Professor in 1992, 1994, 1997, 1999, 2002, and 2005.

Dean Rubin’s dissertation topic in was: “A Study to Determine What Drug-Testing Policies Are Likely to be Implemented in California Public High Schools Over the next Five Years in Light of the U.S. Supreme Court’s Decision in Board of Education v. Earls Which Upheld the Constitutionality of a School District’s Policy of Random Suspicionless Drug-Testing of Students Participating in Extra-Curricular Activities.” 2005

Doctor of Education in Educational Leadership

Service to the University of La Verne