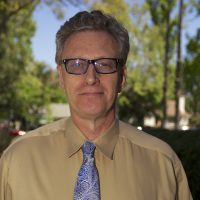 Professor of Psychology, Chair of the Department of Psychology; received his Ph.D. in Experimental Psychology from the University of Arkansas. His current research focus is on the effects of multicultural variables like client-therapist ethnic match, client acculturation and ethnic identity, and provider cultural competence, on clinical outcomes for community mental health clients. Additional areas of specialization and research include memory and cognition, conversational memory, and univariate and multivariate statistical and methodological issues. Dr. Gamst is designated as core doctoral faculty.

Toward this end, I have been examining, with students and colleagues, the role of client-practitioner ethnic/racial match, client acculturation status, client ethnic/racial identity, and practitioner cultural competence on mental health consumers’ clinical outcomes.

Colleagues and I have developed a new self-report scale that measures therapist cultural competence. This scale is called the California Brief Multicultural Competence Scale (CBMCS). The CBMCS is currently being used across the United States. Additionally, we have developed a 32-hour multicultural training program that flows directly from the CBMCS. This training program has been sponsored by the California Department of Mental Health, and is currently being used in various California county community mental health settings and states across the U.S.

Additionally, colleagues and I have developed a scale, the American Dream Scale (ADS) that measures the small business orientation, or petty bourgeois mentality of college students and other adults.  Additional research is planned to examine this new construct.

I also enjoy spending time with my family, reading, rooting for the Los Angeles Rams, and working on my 1956 Chevy Nomad.

Dr. Gamst’s scholarly work can be found at Google Scholar.