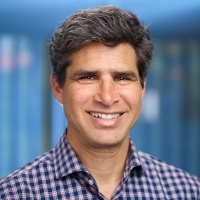 Dr. Jason Neidleman is Professor of Political Science. He received his B.A. in Political Science from UCLA in 1992, his M.A. in Government from Harvard University in 1995, and his Ph.D. in Government from Harvard University in 1999. He teaches courses on political theory, public law, state and local politics, and Middle Eastern politics and history. His research focuses on modern political theory in general and on the following topics in particular: the Enlightenment, French political thought and culture, the philosophy of Jean-Jacques Rousseau, and the relationship between power and ideas. He is author of The General Will is Citizenship: Inquiries into French Political Thought (Rowman & Littlefield, 2001) and Rousseau’s Ethics of Truth: A Sublime Science of Simple Souls (Routledge, 2017). His current research focuses on the role of mythmaking and storytelling in political theory and political life.