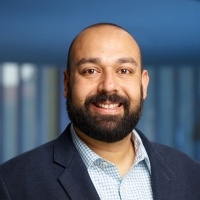 Before joining La Verve in 2016, Morgan was a professor at Cal State Los Angeles where he helped to design the digital cinematography program.

Morgan is also the former head of the Cinematography department at the Los Angeles Film School.

In addition to his 10 years of teaching experience, Morgan is also an accomplished cinematographer and director who has spent nearly 17 years shooting feature films, television shows, commercials and music videos. His list of clients includes Disney, MTV, ABC, Court TV and Funny or Die.

Morgan is also a RED Camera certified instructor as well as an avid photographer.

He is the author of “Visual Storytelling: How to Speak to the Audience Without Saying a Word.”