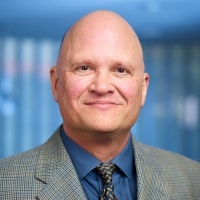 Dr. Richard J. Gelm is Professor of Political Science.  He received his Ph.D. and M.A. in political science from the University of California, Davis and B.A. in political science from the University of California, San Diego. Professor Gelm teaches courses in American politics including Congress and the Presidency, Parties and Interest Groups and Political Behavior. He is the author of Politics and Religious Authority: American Catholics Since the Second Vatican Council (Greenwood, 1994) and How American Politics Work: Philosophy, Pragmatism, Personality and Profit (Cambridge Scholars Publishing, 2010) and chapters in three editions of The Roads To Congress (Lexington Books, 2010, 2012, 2014). He continues to research the effects of emotions on political behavior and is currently working on a new book entitled, Making Politics Work: Coping with Fear and Anger. Professor Gelm served as department chair from 1997 to 2013.