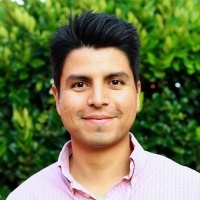 I am from South Central Los Angeles. After completing my A.A. degree at Cerritos Community College in 2004, I attended the University of California Irvine, where I received a B.A. in 2007 and completed my Ph.D. in Sociology, with a Graduate Emphasis in Chicano and Latino Studies, in 2015. From 2015-2019, I was an Assistant Professor of Sociology at the University of Denver, and a Visiting Scholar at John Cabot University in Rome in 2017. During the 2018-19 academic year, I was also a Woodrow Wilson Career Enhancement Fellow and a Visiting Scholar in the Chicano Studies Research Center at the University of California, Los Angeles.

Broadly, my research examines the intersections of racism, culture, power and affect in relation to social inequality, cultural change, and social movements in the U.S. and globally. Specifically, my research has focused on the social, cultural and political impact of racist humor across various social domains, ranging from the world of stand-up comedy and law enforcement, to online hate groups and in the political arena. I am currently working on 2 projects. 1) I am completing my first book, The Souls of White Jokes (under contract with Stanford University Press), which examines the use of racist humor by police officers against civilians and officers of color, among the Alt-right and far-right as a recruiting tool to spread white supremacist ideology, and as a form of racist propaganda targeting elected officials of color. 2) I am also examining how political figures and populists exploit humor and ridicule during periods of economic and social instability and crisis to win elections. I am currently looking at this phenomenon in the context of Italy.

My research has been awarded and supported by the American Sociological Association, the Woodrow Wilson Foundation, the University of California Center for New Racial Studies, and the Working Class Studies Association. It has also been featured in media such as Time, The Baltimore Sun, The Houston Chronicle, LA Progressive, KCUR, The Grio, Latino Rebels, Remezcla, and Zócalo Public Square.

Dr. Pérez’s scholarly work can be found at Google Scholar.