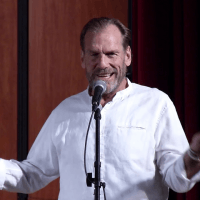 He has been on the Advisory Board of the American Jazz Institute along with Mort Sahl, Lee Konitz, and Mark Masters. Gratz has been awarded a jazz composition grant from the NEA; a research grant in African-American music by the NEH; two Senior Fulbright Lectureships, one at the University of Innsbruck, the other, the Walt Whitman Distinguished Chair of American Culture Studies at the Leiden University; and the Excellence in Teaching Award for undergraduate faculty, and the Ellsworth Johnson Service Award at the University of La Verne. He is a member of the University of La Verne Academy. Professor Gratz has received three Who’s Who Among American Teachers awards since 2002. Reed has worked with George Russell, Herb Alpert, Bruce Hornsby, John Patitucci, Barbara Morrison, Alex Acuna, Konstantin Ruchadze, and many others. He has composed music for a dozen plays and released seven albums of his music.