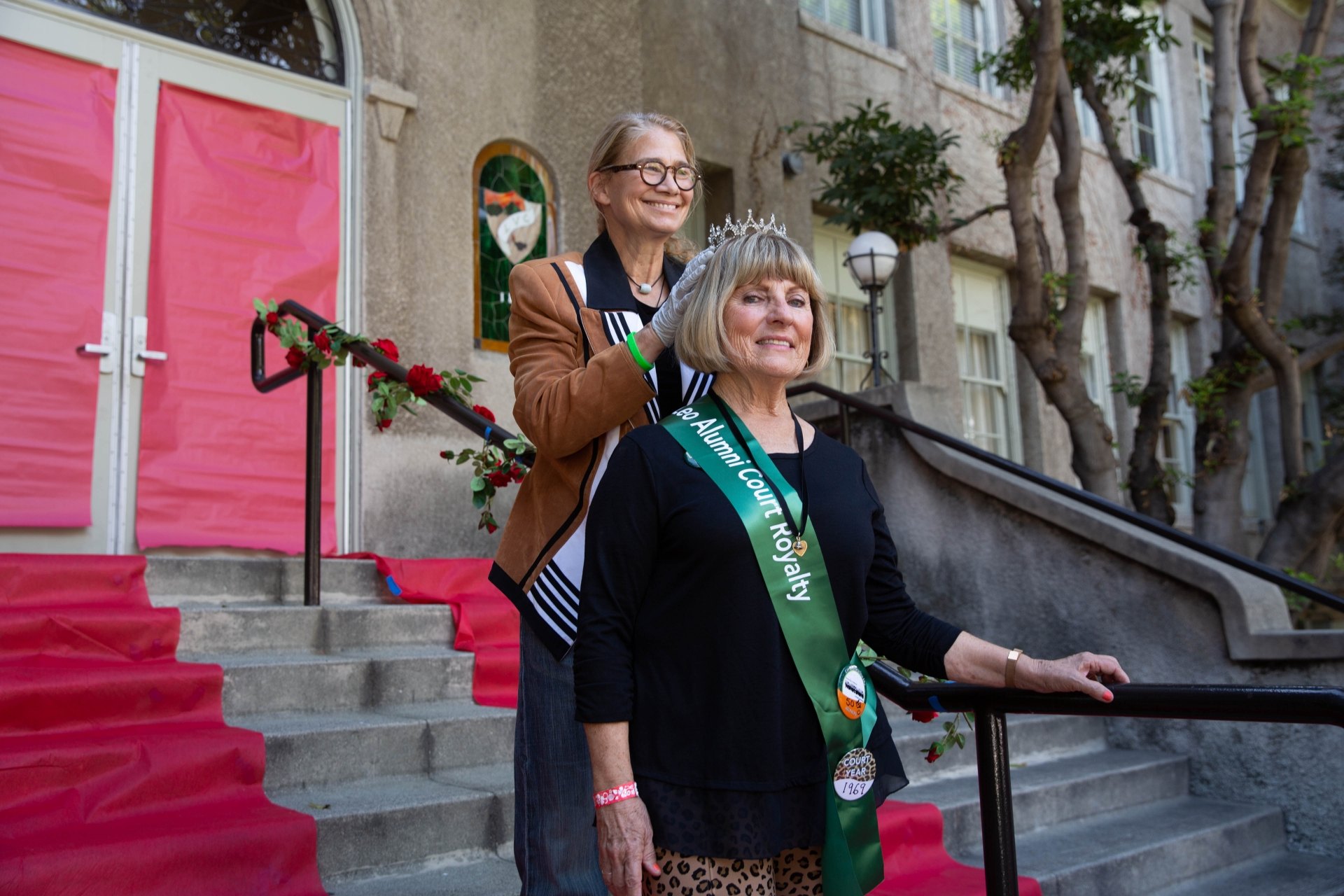 Marjorie “Marji” Bothwell ’69 was re-crowned Homecoming Queen during the University of La Verne’s 2019 Homecoming and Family Weekend with the original crown she received 50 years ago. Bothwell was one of 10 homecoming queens to wear the crown from 1964-1973.

“It still fascinates me that 10 of us had worn this one-of-a-kind crown over 50 years ago,” Bothwell said.

Bothwell was nominated by the football team at the time and had no aspirations of running for homecoming queen.

“I was so awkward and shy that I was beyond excited when I was nominated,” Bothwell said.

The crown was donated to the university in 2016 by Janelle Krug, daughter of the last queen to be crowned, Mary Jane Krug. Mary Jane was the first to actually keep the crown following homecoming celebrations.

“It is so special to have the crown back at the University of La Verne,” Bothwell said. “I think each of us held on to it for a month before giving it back.”

Anne Collier, a curator at the Cultural and Natural History Collections at the University of La Verne, was tasked with restoring the crown to its original beauty.

“There was definitely a little wear and tear over the years,” Collier said.

She was able to repair the scalloped tip on the crown and add a few more rhinestones. With the crown restored to a wearable condition, Collier was inspired to learn more about the queens who had previously worn it. She began her research online by combing through city newspapers. Each time, she came across the same name – Marjorie Bothwell. She found various photos showcasing the queen from 1968 and others who all shared the same keepsake.

“Marji was truly the tie to the university’s history of homecoming queens,” Collier said. “I couldn’t believe she was the fifth queen to wear such a treasure.”

Traditionally, Homecoming is always celebrated in the fall semester. However, many of the students were crowned the previous year according to Collier’s research. The 10 who wore the now-restored crown were:

Following this year’s homecoming celebrations, the crown was returned to the university’s archive. Collier has plans to display the crown on campus at a later date.

Bothwell, who lives in Lake Isabella with her husband, Spencer, will never forget this particular homecoming and her re-crowning ceremony.

“I’m so grateful to come home after so many years and celebrate the time-honored tradition of Homecoming with my Leo family,” Bothwell said.