Six seconds. For many, six seconds may seem like a brief moment: a moment that is fleeting and easy to forget. However, for University of La Verne senior distance runner Lenore Moreno, six seconds will never be forgotten; Lenore broke an 11-year NCAA Division III Indoor Track and Field Championship meet record by six seconds.

“Going into the meet, I had no idea what the record was, and I was hoping to come away with a simple win,” said Moreno. “I didn’t know that I was capable of breaking a record until I heard the announcer on the intercom say that if I pushed hard the record could be mine. So right then and there, I really wanted to win, and breaking the record would be an added bonus that would be really exciting.”

The 5,000-meter record from the 2003 Division III Indoor Championship was previously held by Geneseo State’s Melissa White with a time of 16:39.16.

Moreno’s winning time of 16:32.85 adds to her collection of All-American awards, putting her in the company of a select few in La Verne history. According to Athletics Communications Director Sean Lee, Moreno is the third female All-American at La Verne and fifth athlete overall for the Division III Indoor Championships.

“Lenore breaking the national meet record was impressive. There have been a number of excellent runners in Division III, but in the 30-year history of the meet, no one has done it faster” said assistant track and field coach Bryan George. “Six seconds may not seem like much, but is actually quite a large margin.”

Lenore has competed at indoor meets at Northern Arizona and Washington earlier this year, well as one or two indoor meets in past seasons. Nonetheless, this win also reaffirmed her passion for running, that this is the sport she loves the most.

“I’ve always wanted to achieve an NCAA title and that was the one goal missing, so to finally achieve it was an incredible feeling,” said Moreno. “There are hardly any words to explain it. Honestly, I just wanted to break down and cry right there because I couldn’t believe it. It’s a moment that I wish could have lasted longer; it was definitely unbelievable.”

From the academic to athletic aspects of her time on campus, she attributes her success to the positive environment found across the entire University.

“I feel that it’s a huge honor to be able to represent such a special group of student athletes at La Verne, and I’m very fortunate that the faculty, staff, and professors are all very supportive of me,” said Moreno. “My teammates are always rooting for me and they help me and pick me up when they know I’m struggling.”

She continued, “It’s just a very good environment and a great team atmosphere to be a part of, and I know I wouldn’t have been so successful if I didn’t have all the support from everybody.”

In addition to the well-rounded support received on campus, each Leopard athlete receives a unique training plan to prepare for meets, and Moreno says she has been training very hard for a long time. Coach George can also attest to that.

“Most people can relate to running a mile or two, but Lenore would typically run between 70 and 90 miles a week,” he said. “The plan is different for every runner, but she thrives on high mileage. Lenore has such a strong work ethic and is so determined; she makes my job as a coach pretty easy.”

He continued, “She entered the meet as the top-ranked girl in the 5K, but being ranked number one and actually winning are two totally different things. I was proud that she was able to come through on such a big stage.”
The training plan Moreno tackled was well-received, and she believes it definitely contributed to her indoor success.

“If my coach didn’t encourage me about that training routine, I never would have done that much on my own, and I never would have thought something like that much mileage would help me,” she said. “I just put all my trust and faith in my coach, and he told me ‘you’re capable of winning an indoor title as well as an outdoor one – you’re just going to have trust me and this training plan.’ So I did and I’m so grateful that the outcome was right. I owe a lot of credit to him.”

With the historic record behind her, Lenore is doing everything but forgetting it.

“It’s something I’m never going to forget, and I feel that it gave me a boost of confidence in all aspects of my life, not just in running. If I want something, I know I can work hard and achieve it,” she said.

Up next for Moreno is the 2014 NCAA Division III Outdoor Track and Field Championship, which will take place in May at Ohio Wesleyan University.

She is using her win as motivation and is focusing on training even more as she hopes to win an outdoor title as well.

“The record is kind of an added pressure with other teams being on the lookout and knowing, but I feel like I can turn that around into motivation and use it as energy to hopefully achieve it again,” said Moreno. “That would be great.” 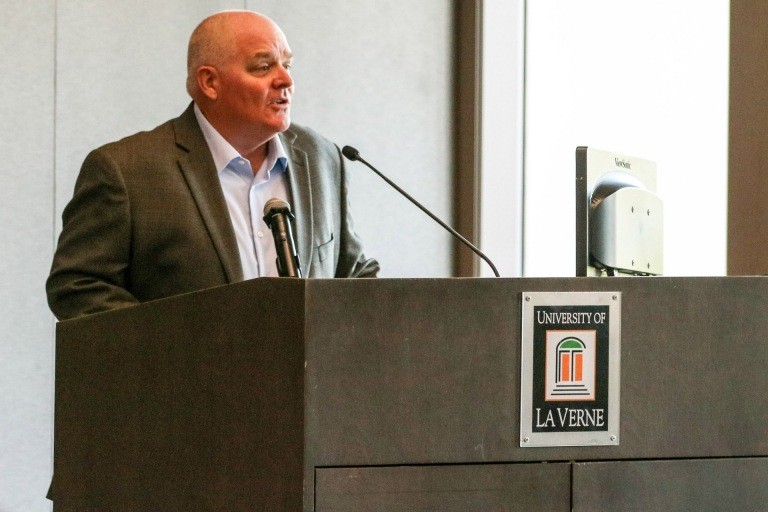 Scott Winterburn, interim director of athletics for the past two years, has been named University of La Verne’s athletic director.
Read more 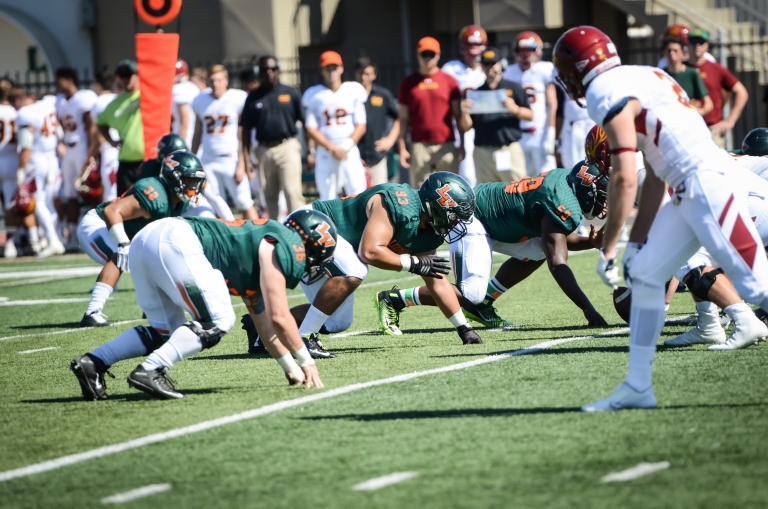 The University of La Verne Leopards enjoyed their most successful football season in two decades this fall.
Read more 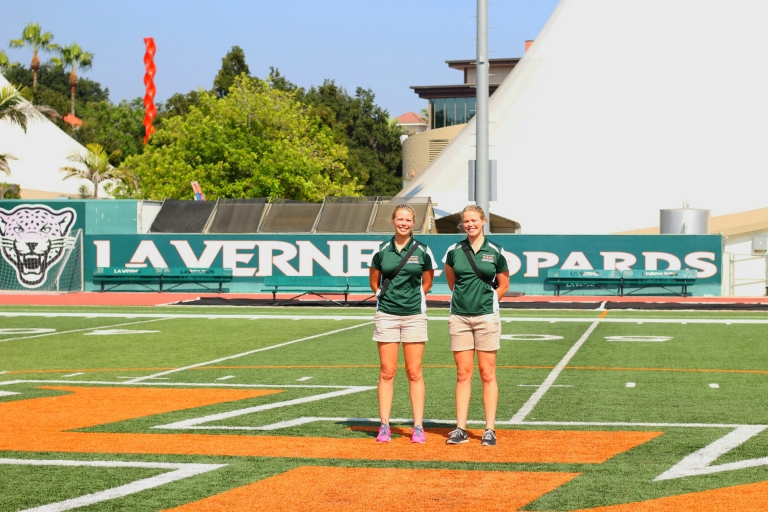 Sisters Hope and Nysa Allen, along with alumna Anastacia Fraijo, found themselves in ninth place out of 18 teams at an athletic trainer’s competition.
Read more